I love fantasy and science fiction. From the time I was a teen reading Anne McCaffrey, Kate Wilhelm, and my abundance of Star Trek novels to today, I have always loved escaping into another world. One of the genres I am passionate about is steampunk–and all genres related. I am going to list some of my favorite books. 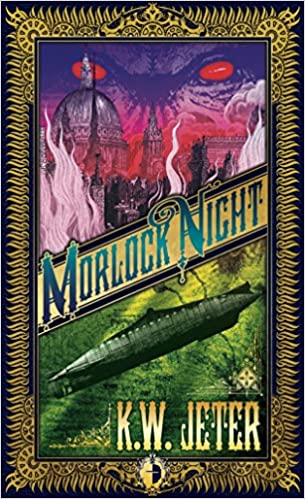 In truth, I haven’t read this book, but I felt like it was the most important to list for historical reasons.

Things in Jars by Jess Kidd 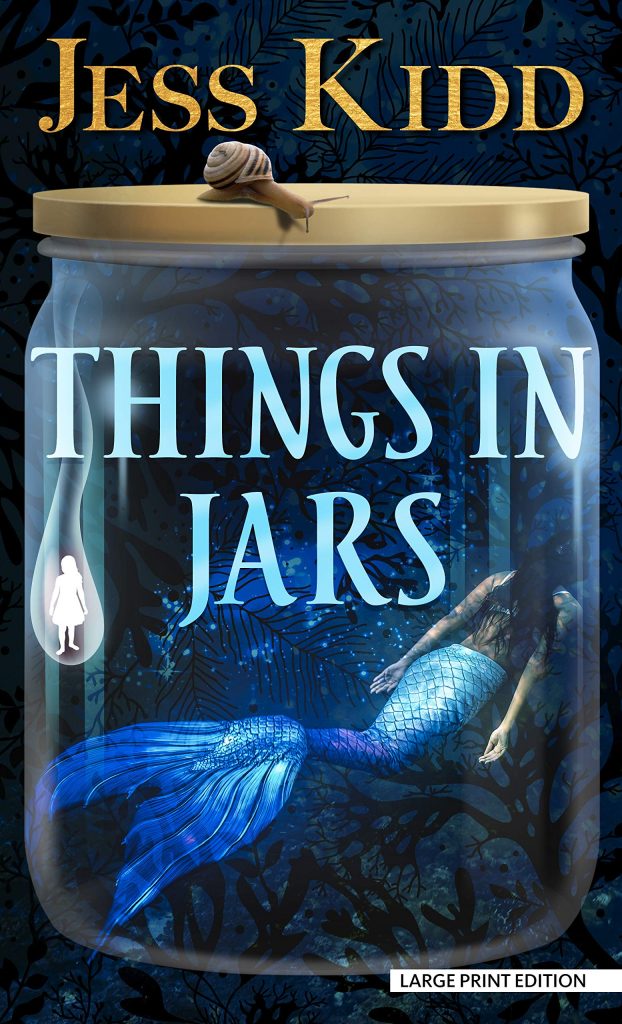 This is the most recent “steampunk” novel I have read. It is actually closer to Neo-Victorian or gaslight fantasy than steampunk. Technology isn’t the driving element of the story, but science versus magic battle thematically.

Reasons I loved this book: an uppity female detective defying social norms in Victorian England, ghosts, mermaids, circus “freaks,” a gripping mystery, incredible plot twists, an excellent use of subplots to tie all elements together in unexpected ways.

Things I didn’t like about this book: the prologue and the start of chapter one were confusing, boring, the author withheld information as a plot device, sections in the start were told second person present tense breaking the fourth wall in a way that never became relevant, and the point of view was distant and through a raven’s point of view. If someone is reading this and wants to put the book down, I would encourage them to at least read to chapter two or three before deciding that because the second half of chapter one really picked up with supernatural and fantasy elements.

There were two other things I didn’t care for in the book, but it wasn’t enough to make me dislike the book or not recommend it. One involves the resolution at the end, which in part I felt unsatisfied about, but I can’t say why without a spoiler. The second is that I really dislike it when authors use sexual violence as women as plot devices and contrivances. On one hand, anything historical is going to reflect the culture of the era and what life was like for women, and the scenes were portrayed sensitively and not graphically. On the other hand, there were multiple instances of sexual violence against women so that it became repetitive. I think it is important for a reader to have that trigger warning before reading. 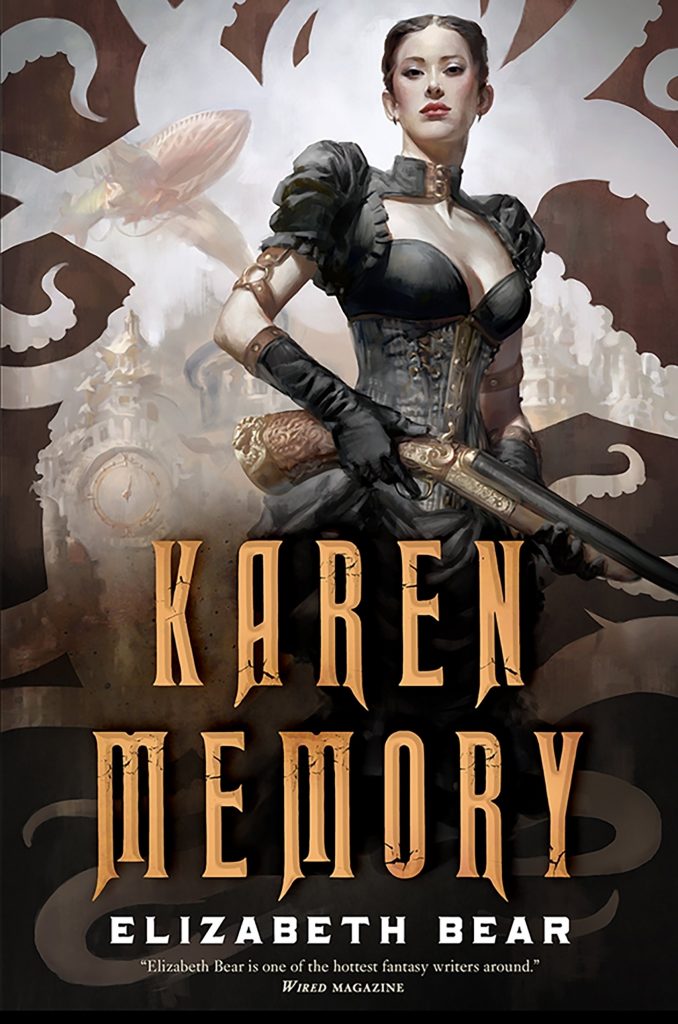 I absolutely loved this book. It is full of sassy, progressive, uppity women. The protagonist is sympathetic and the plot hooked me. At first I wasn’t sure it was steampunk as much as Victorian with a hint of alternate history but as the plot progressed, the mechanical and industrial elements became key to the plot and I finally realized how the cover art that I had forgotten about related to the story.

By far, this is my favorite Elizabeth Bear book. I have seen there is a sequel!

Gail Carriger writes in a steampunk world with Scottish werewolves, vampires, creatures, and mechanical technology. The first Gail Carriger book I read was from the Parasol Protectorate series. I finished it but I just couldn’t connect with the character. I didn’t enjoy the humor. I have her other series a chance.

For whatever reason, I enjoyed the humor, characters, and plot in this series more. This is a young adult series and that might be the difference or it might be something else. The author also has another series, though I haven’t read that one. 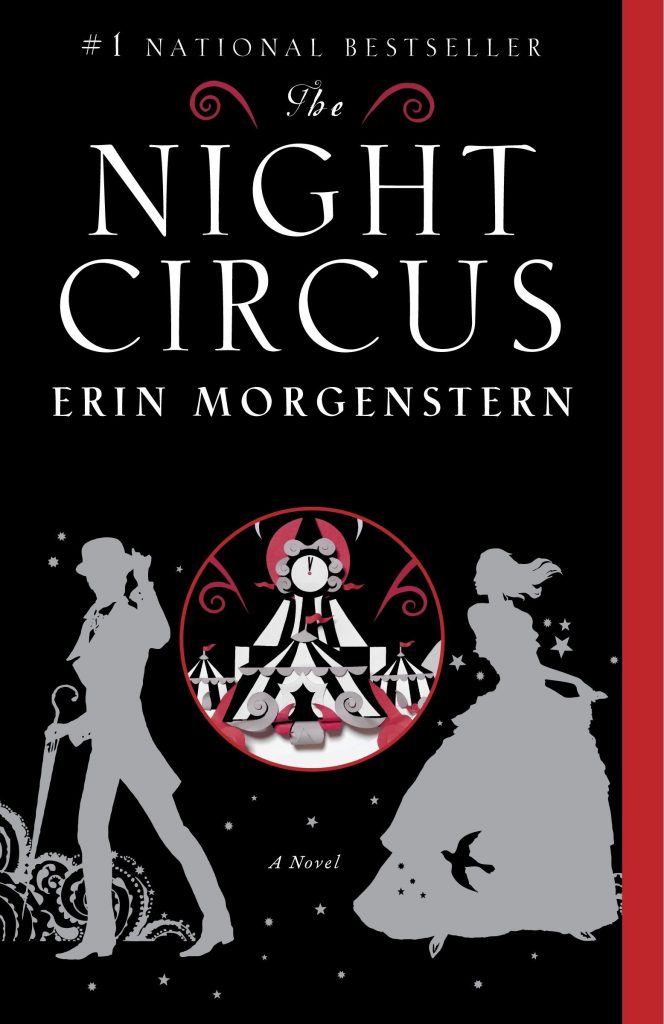 First I have to say, this is one of my favorite books of all time. The steampunk in it is subtle. There are some clockwork creations that are powered by magic. The steampunk isn’t central to the plot; the book really is a Victorian fantasy with steampunk dressings.

This book has everything I like: magic, rivalry, romance, Victorians, women defying social traditions of the era, a mysterious circus, and twists and turns in the plot.

The only thing I didn’t like about the book, that turned me off to the point that I almost put it down was that the book started off by being written second person present tense. An example of this would be something like, “You are walking down a path when you hear music up ahead.” I am glad I didn’t let that stop me from reading. There are only a handful of short passages like that in the book and eventually it becomes clear who has written them, though I still felt like it was experimental and unnecessary. It is just one of those things I warn others about when they read so they read beyond the first chapters.

The Prestige by Christopher Priest 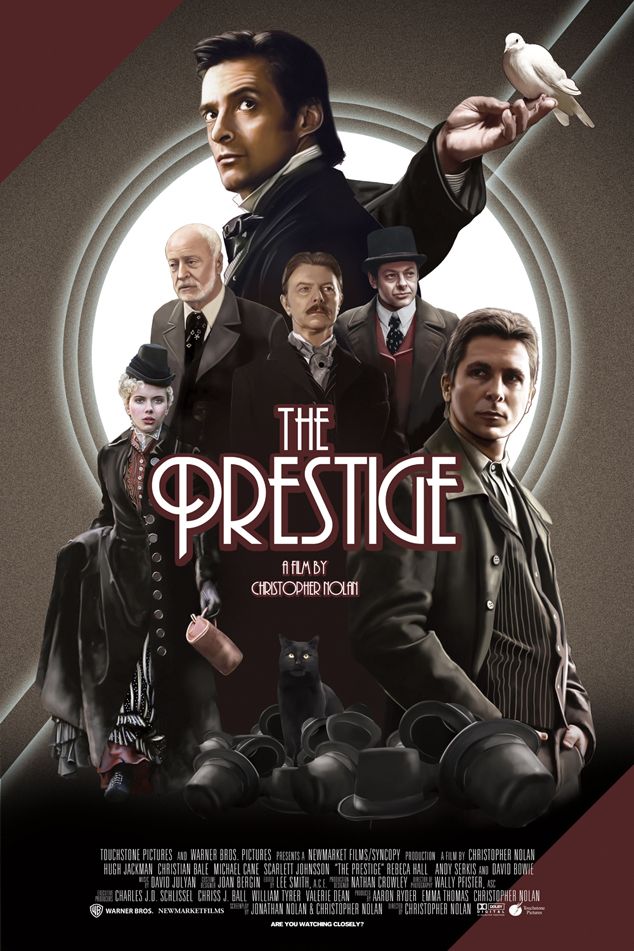 Things to love about this: Victorian era magicians, Nicola Tessla inspired sci-fi elements (inventions that push this from historical into alternate history/Neo-Victorian), mystery, romance, plot twists, and an unpredictable finale.

I have watched this movie and read the book–which are different enough to not necessarily ruin the plot twists of the other. The movie has an ending that is a little bit more concrete and satisfying than some of the ambiguousness of the book, but some people might not mind ambiguousness. I highly recommend this.

It is a book I need to read again, if not to understand it more deeply, to enjoy it!

The Golden Compass by Phillip Pullman 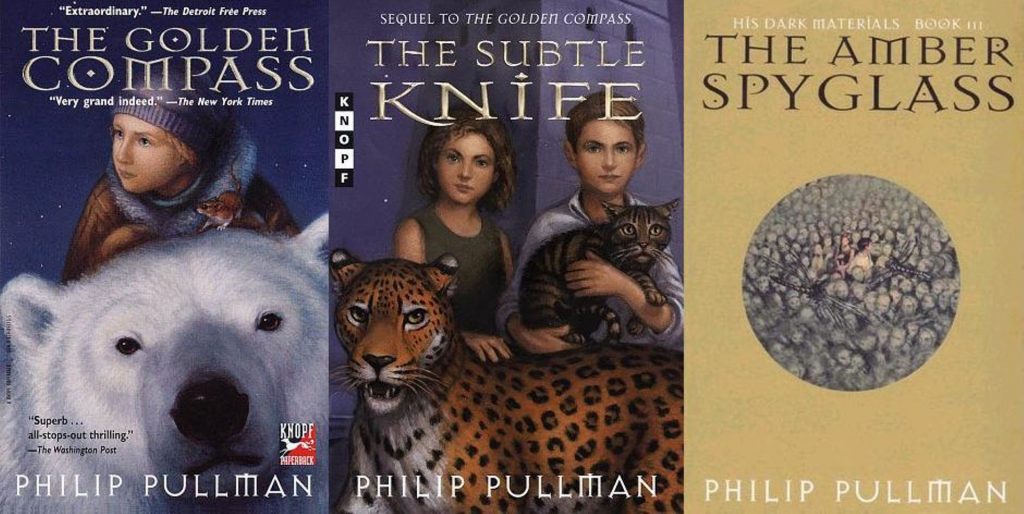 I don’t know at what point these books (and the movies) transitioned from being fantasy to science fiction. From the first moment the golden compass is mentioned, it is a subtle hint at magical technology. This is a great example of technology, inventions, science, and mechanisms being tied to magic.

This is a young adult series, maybe even middle grade, though the most cerebral series for children I have read. I didn’t mind the sacrilegious elements, though I know that might bother some.

It has been so long since I read these books, it is hard to remember why I loved it other than that I did. Some highlights I remember: I loved the main characters, the magical animals, the small stakes and big world problems, the portal dimension fantasy/walking into another realm elements and the battles of good and evil, science and magic.

What is your favorite steampunk, Gaslamp, Neo-Victorian, or Victorian alternate history books, movies, and television shows? Let me know in the comments!